Today is 15th day of Asar (June-July), the third Nepali month, the special day that signifies the busiest day of the year for farmers who actively involve in planting rice. 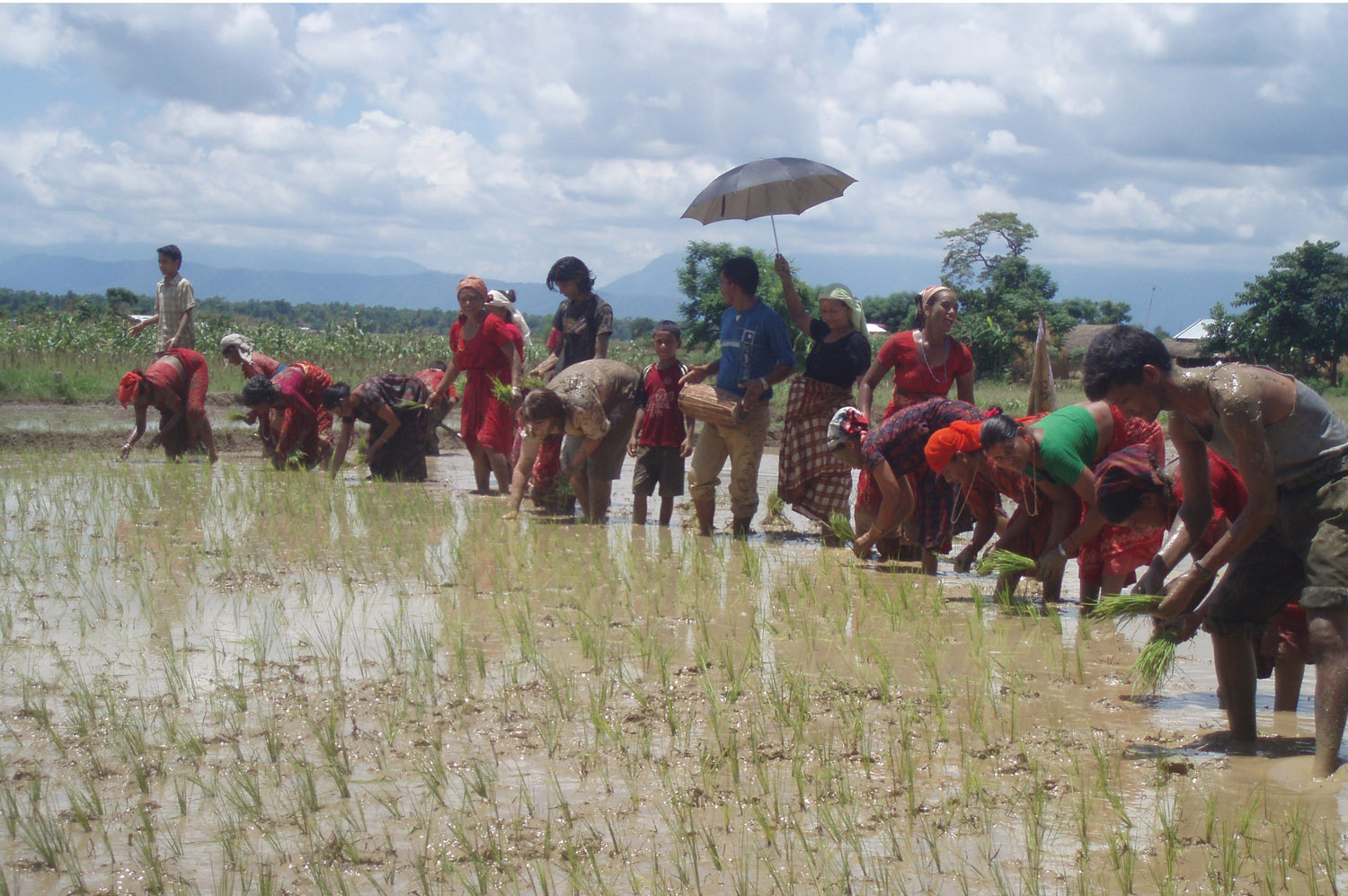 Rice plantation begins from first week of Asar, or even earlier, depending upon the weather condition in various parts of the country. Eastern part sees the monsoon early so their begins the plantation earlier than the west. Asar 15 is generally regarded as the peak day and celebrated as a special occasion.

Some three decades ago Tandi, my hometown, was a small settlement with rows of houses and shops along either side of dirt-road that still runs as east-west highway. The settlement gradually turned into a common market place for the people of surrounding villages. Fringed by meadows, fruit groves and forests, the town had flourished at the bank of stream, Budikhola, much wider then, where we used to swim and fish. Not very far from the town in the west is the Barandhabar Forest, a wildlife corridor that stretches up to mid hills in the north and the Rapti River in the south; and across the river is huge tropical swathe of Chitwan National Park. Being surrounded by dense meadows and forests, people often witnessed the wild beasts in the town in the past. One fine morning I saw people succumbed with panic as the mammoth rhino appeared at their doorstep. Traffic was halted for some two hours creating havoc for people and bewilderment for the animal. Rhino found the way north-west of the highway to escape towards Barandabhar forest.